Information about the main editor 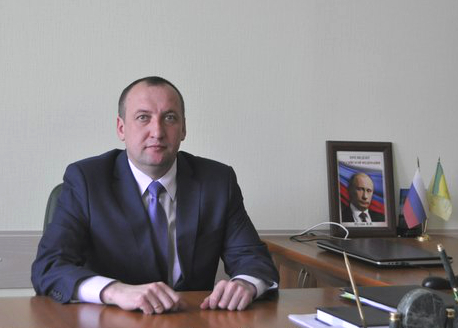 Kukharev Oleg Nikolayevich, was born on March 6 1974 in the village Malaya Izhmora of Zemetchino district of Penza region.

After graduation from B. Izhmora school in 1991, he was admitted to the Penza agricultural institute. In 1996 he graduated from the faculty of mechanization on the specialty "Mechanization of agriculture" and obtained the qualification of mechanical engineer. In 2002 he graduated from the extra-mural department of the faculty of economics of the same institution of higher education, the specialty "Economy and management of agrarian production" and obtained the qualification of an economist.

He published 218 scientific-methodical works, including 15 teaching and 203 scientific papers (76 peer-reviewed publications listed in the "List of...HAC (Higher Attestation Commission)", including 67 articles and 9 patents, 8 monographs). There is an article in the international database Scopus.

He was awarded with the Grant of President of Russian Federation in 2006, MK-3447.2006.8., diploma of the Governor of Penza region for outstanding contributions in the field of science and technology (2006); awarded with Gratitude of Ministry of agriculture of the Russian Federation (2016), Honorary certificate of the Head of administration of Penza city (2013), diploma of the Ministry of agriculture of Penza region (2014), Letter of Gratitude from the Chief Federal inspector of Penza region (2016), the Departmental distinction of the Federal state statistics service – the medal "For work in holding all-Russia agricultural census" (order from 12.12.2016, No. 803). He was repeatedly thanked by the Ministry of education of Penza region. He was the head of 3 innovative projects which won grants under the program U. M. N. I.K. (2011, 2012, 2016).

6 candidate theses were defended under his supervision. Currently, under the scientific supervision of O.N. Kukharev three graduate students conduct their research work. He has supervised more than 40 diploma projects.

E-mail: This email address is being protected from spambots. You need JavaScript enabled to view it.

We use cookies on our website. Some of them are essential for the operation of the site, while others help us to improve this site and the user experience (tracking cookies). You can decide for yourself whether you want to allow cookies or not. Please note that if you reject them, you may not be able to use all the functionalities of the site.